I’ve always thought of the pomegranate as a jewel-like fruit. Those little crimson seeds always made me think of the precious ruby. They still do. As a child, I would await the arrival of this forbidding fruit with anticipation. The short-lived fruit would arrive in late Autumn and thrive right through to Christmas. A few short months, and then they were gone. I think that’s one reason I found the pomegranate such a beguiling treat. That and the explosion of those sweet, juicy and succulent seeds once I spooned them into my mouth. This ancient Middle-Eastern fruit truly was a fleeting indulgence.

I love the myth that revolves around the pomegranate. Persephone is abducted by Hades, God of the Dead, and imprisoned in the underworld. There, she eats some pomegranate seeds. Demeter, Goddess of Agriculture and Fertility, is her mother. She is so saddened over the loss of her only daughter that she freezes all growth on earth. A deal has been made which allows Persephone to be released, but on one condition. Every year, she must be returned to Hades for one month for each pomegranate seed she ate. And that is why the earth has its seasons: the world is barren while Persephone does her time in the underworld, and offers up its bounty once she returns to the world of the living.

If we look at the pomegranate’s short-lived season, one might think the myth still applies today. Pomegranate trees go dormant in the cold of winter. They come into bloom in April, develop fruit in summertime, and are ready to be hand-picked by September and October. By January, they disappear for another year.

The pomegranate is a very symbolic fruit. Because of its many seeds and the fruit coming to an end with the New Year, it represents a fruitful or abundant year ahead. But it is mostly associated with fertility. Legend has it that Aphrodite herself planted pomegranate trees on the Island of Cypress and that Greek women once ate the seeds to increase fertility. 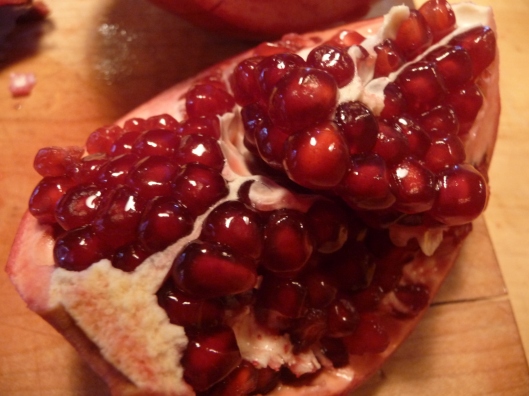 Thought to have originated in Persia or Afghanistan, the pomegranate is so old that some biblical scholars believe that it was the pomegranate and not the apple which the serpent tempted Eve with in the Garden of Eden. I know I could never be tempted with an apple, but a pomegranate…well, I would have become a most notorious sinner for the pomegranate!

I still anxiously await the return of the pomegranate every year. And so do Charlotte and Emma. I have instilled in them the same fascination towards this fruit as I had as child. And I sure appreciate the help in unwrapping those precious jewels. There are three of us, therefore three pomegranates. Have you ever pried open a pomegranate and dislodged those crunchy seeds from its pithy membrane? Needless to say, it is quite time-consuming and rather messy. And the girls really are quite patient. Not one jewel is eaten until all are unwrapped. They know the reward that lies ahead. The three of us, sitting together, as we plunge our spoons into our bowls and scoop those yummy seeds into our awaiting mouths. High in potassium and vitamin C, low in calories, what better snack can one ask for?

I’ve always wanted to cook with pomegranates, which is quite common in Middle-Eastern cuisine. They also make pomegranate molasses and use it in both meals and desserts. But I could never muster up enough of those seeds. I always ended up eating them. But not this time! I was going to make Pomegranate Ice Cream! Peter’s comment was, “Pomegranate Ice Cream, now?”. I had to remind him that he and the girls had just polished off the vanilla ice cream that was in the freezer, along with the chocolate sauce that I had made the week before! And besides, the pomegranate is in season now. In a couple of weeks, they’d be gone. I bet my pomegranate ice cream wouldn’t last that long!

I had come across this Nigella Lawson recipe last year but there weren’t any pomegranates around. You could use the juice, which is found year round, but I wanted the real thing.

There are other recipes out there but what I liked about this one is that you don’t need an ice cream maker as there is no churning involved, and there are only four – yes, four – ingredients to this ice cream.

Juice the pomegranates into a bowl, over a sieve. Start by rolling them to release their juices, quarter them and then squeeze each section as you would a lemon.

With the seeds that manage to escape your squeezing fingers, just crush them down through the sieve. 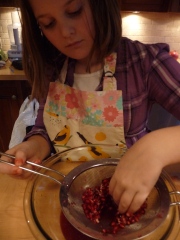 What a gorgeous colour! 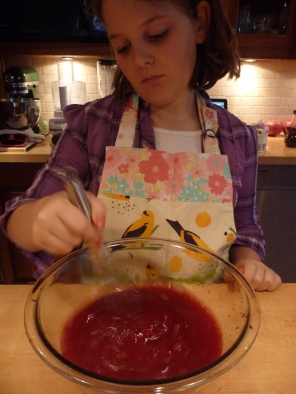 Squeeze in the lime juice and stir. Add the cream and continue whisking until soft peaks form, like a light whipping cream. Emma’s little arm soon tired of this so I took over. Soon after, my big arm tired of this and I switched to an electric beater. It wasn’t really thickening though, and after about 3 or 4 minutes I continued whisking again by hand. I finally got it. Beautiful pink peaks!

Spoon the ice cream into an airtight container and freeze at least 4 hours or overnight. After 4 hours, my ice cream was still soft. Leaving it overnight was perfect. Serve the ice cream with pomegranate seeds sprinkled over the top. 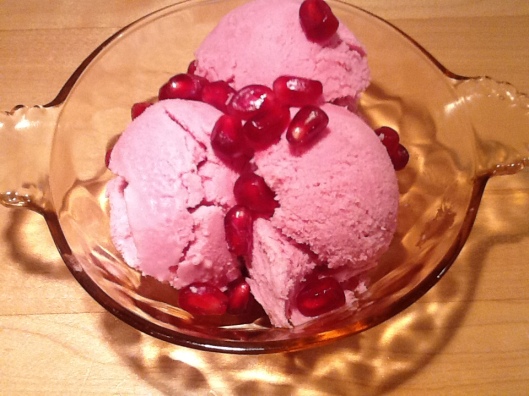 How festive does that look? I must say, it is quite good for the little effort involved, although I find the taste to be a bit too creamy and not enough of that pomegranate punch to it. I think I’m going to try pomegranate sorbet next… no cream. Just pomegranate, sugar and water. Oh, I can’t wait! 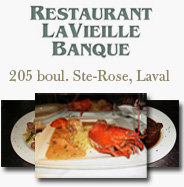